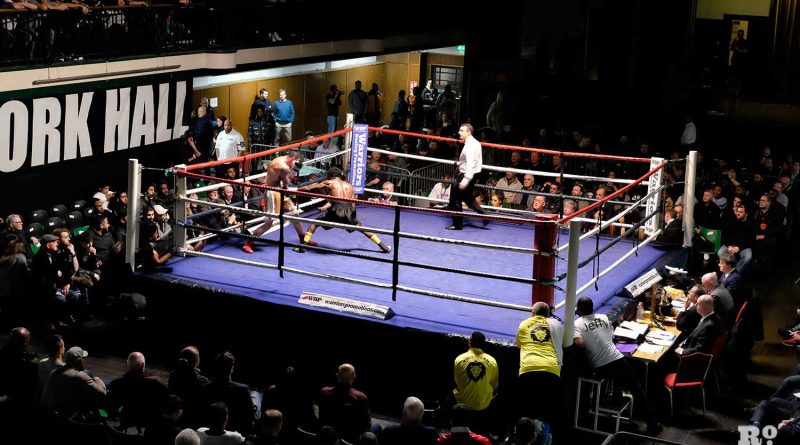 Bethnal Green is home to both iconic boxing venues and fighters. But why does this part of the East End have such a long-standing association with boxing?

Bethnal Green and the wider East End is renowned for its association with boxing. The area has produced many great boxers over the years from Daniel Mendoza, who is credited with inventing the left jab, to former welterweight world champion John H Stracey.

But just why is boxing so popular in the East End?

‘If you could fight then you were a real man,’ said Sammy McCarthy, a former British featherweight champion and Stepney resident when interviewed for Alex Daley’s book, Fighting Men of London.

Bringing people together through boxing

Here in Bethnal Green, boxercise classes have become popular with city workers who frequent expensive gyms, but this form of boxing is a far cry from what the sport traditionally looks like in our area. It w

Boxing has been a source of pride in the East End, a way for people, no matter what background, to assert themselves and their belonging.

But there was also a macho stereotype attached to boxing, as boxer McCarthy said, being able to fight was a symbol you were a “real man”.

Ruqsana Begum is a professional kickboxer and boxer who was born in Bethnal Green. Born into a traditional and religious Bangladeshi household, she shows that the stereotypes of what an East End fighter should be do not always hold true. Ruqsana trains out of KO Boxing Gym in Bethnal Green.

She is also a coach for Fight for Peace, a charity which uses boxing as a prevention and rehabilitation model to confront the problem of child and youth participation in crime, gangs and gun violence within disadvantaged communities

Women like Ruqsana Begum are fighting the stereotype of boxing in East London being a space for testosterone-fuelled men. Her work with the charity Fight for Peace shows that the sport can also be a place to redirect young people away from crime and on to a path that can use their energy in a more productive way.

Even though boxing is a sport where competitors literally fight against each other, it can bring unity.

Daniel Mendoza was a Jewish fighter in the late 18th and early 19th centuries. He was born in Whitechapel, and lived in Bethnal Green. Mendoza lived in the iconic row of houses that line Paradise Row. A blue plaque bearing his name can still be seen attached to the house where he lived.

At a time when antisemitism was rife in London, the boxer styled himself as “Mendoza the Jew”. Daniel Mendoza brought forward a new style of boxing and published a book on it, “The Art of Boxing”. Through his pursuit of boxing he won the respect of many despite the pervasive discrimination Jewish people faced at the time.

Legendary East End boxing and the Repton go hand in hand. It is a club that is proud of its Bethnal Green roots and sticks to them. You won’t find any boxercise classes at the Repton.

Repton Boxing Club has been around since 1884, and many Bethnal Greeners have great memories from the club.

One man who looms large in many of these memories is Tony Burns MBE. Tony Burns passed away in January 2021. He had spent 45 years at Repton Boxing Club. The tributes that poured out for him showed the impact that the boxing coach had on generations of young boxers who passed through Repton.

Darren Barker is a professional boxer who won gold at the Commonwealth Games in 2002, he paid tribute to Tony Burns.

‘The man was a legend who spent most of his life down his beloved Repton ABC helping the fighters fulfil their dreams. I will cherish all the great times we shared together. I owe him so much,’ he said.

Legendary coaches like Tony Burns are a key part of what makes boxing in the East End so great. Clubs like Repton would be nothing without dedicated individuals like Tony Burns.

Back to basics: Boxing venues in the East End

The East End has always been one of the poorest parts of London. Historically, part of the attraction to boxing may have been that it requires little or no equipment (since bare-knuckle fighting was common in the past). Boxing venues encapsulate the minimalistic nature of the sport.

The York Hall on Old Ford Road, Bethnal Green is one of the most famous boxing venues in the country. It contains a ring, some wooden seating and not much else. The venues ensure that the fights remain the centre of attention.

Just down the road from Bethnal Green, another famous past venue was the Mile End Arena. Now demolished, it made York Hall look plush in comparison.  It was situated behind Mile End Tube Station and operated in the 1930s, 40s and 50s.

The Mile End Arena was made out of crumbling brick and corrugated iron. It was uncovered and so the floor often got so muddy that fighters had to be piggy-backed into the ring. Despite the basic nature of the Arena it would attract up to 3,000 spectators to see local boxers compete.

Still today, boxing can draw in a large crowd in the East End, especially when a local is fighting.

Harvey Horn is a flyweight boxer, he told promoter Frank Warren about the thrill of boxing in York Hall as an East Ender.

Long before both boxing and the East End became fashionable, boxing brought a strong sense of pride to this area. Boxing has become Americanised and highly commercialised in many sectors. In the US, fights between famous YouTubers are popular events that draw in tens of millions of dollars

This form of boxing looks very different to what the sport has traditionally been, but you need only witness the crowds at York Hall, or kids joining up at Repton, to know that boxing still runs in the lifeblood of the East End.

If you enjoyed this article you may enjoyed reading about the history of Repton Boxing Club.

On the trail of the Mulberry tree

Youth of Yesterday at Oxford House and Bethnal Green shopfronts