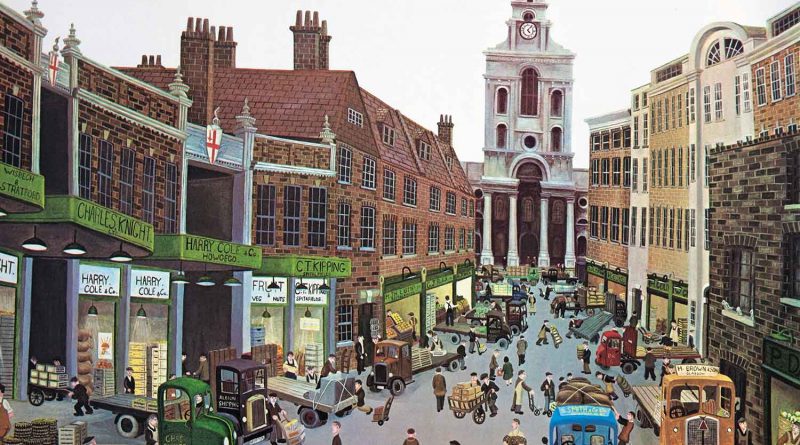 The writer of East End culture, the Gentle Author, has announced the launch of a community tourism project in Spitalfields, after surpassing the crowdfunding target.

This April, local historian the Gentle Author is launching a Spitalfields walking tour. The aim is to promote a more ethical tourism in the East End.

The tour was created as a better alternative to the exploitative tourism exhibited in the sensationalist serial killer tours of east London, which, he tells me, “monetise misogyny”.

The Gentle Author is the biographer of Spitalfields’ culture and history. He is known for leading successful campaigns to save community assets, for instance the Marquis of Lansdowne pub and Bethnal Green’s 500-year-old Mulberry Tree. Furthermore, he was instrumental in founding the East End Trades Guild and the East End Preservation Society.

Since 2009, he has posted a daily story on his website, Spitalfields Life. These now amount to over 4000 tales which explore the culture of Spitalfields and the East End.

“I want to reclaim the streets for the local community,” the Gentle Author says. “An imbalance exists whereby one ‘sensation’ narrative has grown to dominate all the other stories in the East End. This creates a misapprehension of history and distorts the meaning of place.” The Spitalfields tour was created with the aim of redressing this imbalance.

A crowdfunding campaign was created to fund the tour, in which 400 members of the local raised £21,711. As a result, employment opportunities will be created in the community; the money will go towards funding local people to be tour guides. The funds have also gone towards creating a booking website as well as advertising the tour.

The Spitalfields walking tour will begin mid-April. The Gentle Author will initially be guiding people himself until others have been trained as tour guides. The tour will continue running throughout the summer.

It will take around one and a half hours to complete, beginning at Christ Church, Spitalfields. It will end in the drawing room of a 300-year-old house on Fournier Street.

Tickets for the tour costs £40, which includes tea and freshly baked cakes. An illustrated map designed by Adam Dant is available to buy for £5. The map contains portraits of people, both living and dead, who have lived and worked in Spitalfields over the last 2000 years.