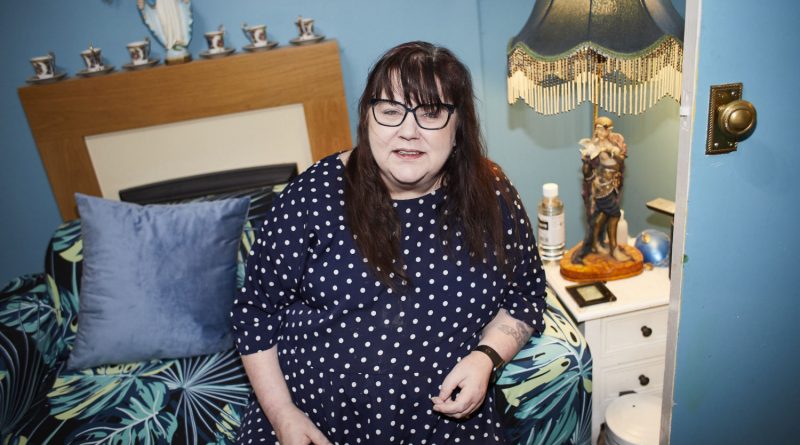 After 21 years silenced, Nancy Kray – the niece of Bethnal Green gangster twins – shares what it means to survive a legacy of criminality and abuse in an exclusive interview.

Unless you have slept walked through the last few decades, you’ll know about the Kray twins. For many Bethnal Green residents, this nefarious duo have left indelible scars that run deeper than mere urban myth.

With two decades gone since both of their deaths, and thirty years in prison before that, their legacy endures.

It is imprinted into the walls of the Blind Beggar pub by the very bullets to have shot and killed George Cornell; their faces framed on the Repton Boxing Club pinboard; and animated through the likes of Dave Courtney, who although not a member of The Firm per se, remains at the helm of a new generation of gangster wannabes.

For others, the likes of the film Legend breathes glitz and glamour into what has become a cult classic genre unto itself.

But it is less likely that you’ve heard about Nancy Kray. Daughter of Charlie Kray, the older brother of the twins, Nancy is one of the last surviving custodians to the more intimate world of one of the world’s most renowned families.

I first met Nancy at one of Maureen Flanagan’s charity raffle events, held in December 2021 at the Blind Beggar pub. Flanagan – proposed to by Reggie Kray three times and one of the first page three models – keeps the Kray’s charitable interests alive, selling their memorabilia to raise funds for the NHS.

Among the lively crowds that fill this haunted tavern were skin-heads in sharp three-piece suits and glamorous women in sequins and hot pink, dancing to the smooth jazz voice of East End celebrity Gary Driscoll.

One punter rolled up his sleeve to reveal a tattoo of Flanagan up his foreman. Delirious in the presence of the remaining Firm associates, he explained: ‘She keeps the legend alive!’

But sitting unassumingly in the cool and quiet of the pub’s garden was Nancy. Nancy now uses a wheelchair and with long dyed black hair, deviates from the friends and family’s last memories of her where she last appeared at her brother Gary’s funeral in 2000.

‘After that we never saw her again’, explains Flanagan. ‘Not until she called me last year, introducing herself and asking if I would welcome her back.

I was suspicious at first – I get a lot of people claiming to be people they aren’t you see, clinging onto the coattails of long gone stories. But very soon I realised this really was our Nancy, and told her she would always be welcome’.

Nancy was first admitted to a psychiatric ward in 2000, shortly after Gary’s death. She spent the next 21 years in and out of care, undergoing electric shock therapy, which ‘eased the pain for a short while, but only so much, because still no one believed what had happened to me. I had another breakdown in 2007, where I spent two years in Bethlem Royal’.

It is perhaps no wonder: what did happen to Nancy is both extraordinary and devastating.

Her dad Charlie claimed to be a peripheral figure to the Firm. He was allegedly involved in booking the theatrical talent for their network of West End clubs, not in the extortions, intimidation and violence.

Nonetheless, in 1968 he was charged with helping his brothers dispose of Jack McVite’s body – whom they had murdered. He served 10 years. Then in 1997, convicted of smuggling £39 million worth of cocaine into the country, he spent another twelve years in prison.

But Nancy’s memories of her more formative years growing up in the Kray household have been safely fortified by a resolute wash of happiness.

She is softly spoken whilst she dreamily recalls her father: ‘he was the best dad in the world. He used to sing ‘Over the Rainbow’ to me whilst I was falling to sleep. He taught me that to be a real Cockney I had to learn to enjoy my pie and mash with liquor – parsley sauce – at Manzes.

We all lived together in a big house which was the only place with a speed bump – I remember that well. I never stopped missing his hugs.

I also miss my nan, Violet. The twins and my dad did everything for her. I used to call her squashy arms, because she was so soft when she hugged me!’

Nancy’s older brother Gary was handicapped from birth so ‘he was my big little brother. He didn’t know how to play with his toys, so I showed him. We had our own sign language. We used to get my dad to come upstairs where we played tricks on him! We were inseparable.’

She remembers spending time in the Kray’s nightclubs. ‘It’s where I was safest because they could always keep an eye on me’.

However, it turned out this wasn’t enough to protect her from the onslaught of violence, which took an ever tightening stranglehold on the family.

At only two and half Nancy was first seriously harmed by an adversary to the Krays, who would in time become her long-term abuser.

She was sent to her mother’s side of the family in Aldershot, Hampshire at the age of eight following her father’s first prison sentence, and a subsequent custody battle. Nancy was separated from her brother and her father, both of whom she never really properly saw again.

Taken away from the ills of the Krays, Nancy’s removal from the care of her father made her catastrophically vulnerable to other Kray-related evils as an unprotected child.

The man continued to abuse her throughout her adolescence. Despite several attempts to run away, Nancy’s reports were met with incredulity.

She was repeatedly returned to the household where the events she endured sentenced her to a lifelong battle of PTSD.

Nancy is unwilling to disclose any more information about this man despite now being dead, because the former threat of his coercion casts a long and obstinate shadow.

For Nancy, time is demarcated by life before and after the abuse. A stop in time which has also merged with the memory of the removal from her father and kickstarted a pipeline of institutional harm.

At the age of nineteen, Nancy had the first of her two sons, Anthony.

‘I prayed and prayed to have a family of my own because mine had been taken away. When he was nearly three I made the choice for him to be adopted. I was constantly on tippy toes under the duress of my abuser and I couldn’t handle the stress of it. I gave him up to save his life’.

Not long after her second son Luke was also adopted.

The fact that the abuse of a child went unnoticed and unaccounted for is an unthinkable miscarriage of justice. But alongside the louder, more lauded type of criminality carried out by the wider celebrity Firm, it is perhaps unsurprising.

The media’s fantasising about the Kray’s (very real and serious crimes) arguably asphyxiated the imaginative space and responsibility of care towards the victims hurt in plain sight closer to home.

We know that up to 93% of child and teen victims of sexual assault, for instance, know their perpetrator.

This unfurling of events has seriously blurred the categorisation of the ‘baddies’ and the ‘goodies’ for Nancy. When asked whether she feels sidelined by the media driven narrative of victimhood, Nancy pauses with thought before responding with resounding strength:

‘Yes, I have been. But I’m a survivor not a victim. It’s the person who hurt me who is really evil, and who got away with murder’.

It was only a year ago that Nancy’s experiences of abuse were finally believed. After years of psychiatric intervention, it was being believed by professionals and friends that has revolutionised her ongoing recovery.

‘It’s understandable that I wasn’t believed, because people with disorders often suffer from imaginary ideas. But this has finally brought me freedom – freedom from the nightmares of it all.

I’ll continue my hard work, and hope to someday become a care worker’

The final acceptance of Nancy’s experiences have given her the capacity to look forward to a future built on her own dreams rather than the ghosts of her past.

She speaks adoringly of Flanagan, thanking her for her allyship and offering the support to enter the world she had all but disappeared from.

Her son Anthony is now thirty seven and is back in touch. In fact, Nancy was preparing for him to come and stay a few days after our conversation.

‘I’m finally going to be able to explain everything to him. I’ve been jittery and all over the place all day! I’m full of nerves and excitement.’

Nancy’s legacy is a potent one, and one that we should leverage above the riffraff of mobster glamour and whodunit fanfare.

She teaches us that the fallout of the Kray family’s criminality is far greater than what first meets the eye.

The victims of their violence are generational, and their presence courses through the very fabric of Bethnal Green and beyond.

Nancy Kray can no longer be left in the margins of history. She is the figurehead of her own nascent but burgeoning Kray narrative: the one of survival.

If you enjoyed this article, you may like to look at our feature on the three generations of Pellicci Cafe.

One thought on “Nancy Kray: surviving the fallout of Britain’s most notorious mobsters”