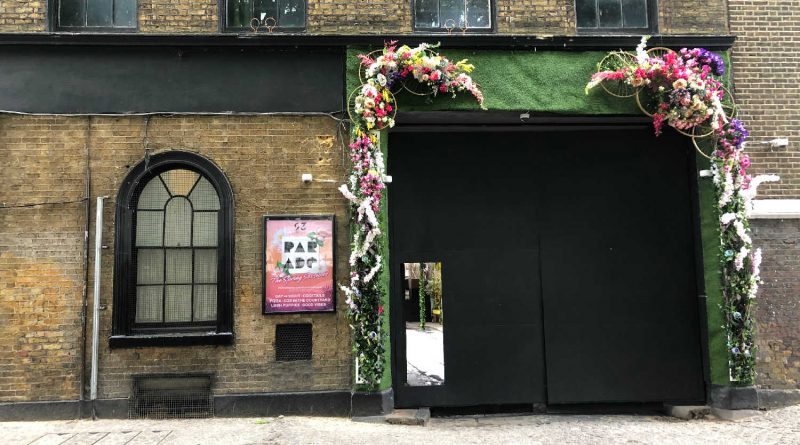 Bethnal Green has a surprising amount of music venues, from intimate gigs in a church to karaoke in a pub, the area has music for everyone.

If you’re wanting an alternative to the hectic nights out in Camden, or wish to avoid the cocktail-dresses-and-high-heels vibe of Shoreditch; you might want to head towards Bethnal Green, where venues are far more gritty and off the cuff.

From concerts held in a church, or pubs which have weekly gigs playing in their basement rooms, there is a diverse range of events which make up Bethnal Green’s music scene. These cherished community spaces provide somewhere for locals to come together and enjoy listening to all the different genres of music the area has to offer.

Although not necessarily that well known for music concerts, over the years, Bethnal Green has had some visitors who are, or have gone on to become household names. This includes the likes of Bastille, James Blunt, Catfish and the Bottlemen and Charlie XCX.

A licensed venue since 2006, Bethnal Green Working Men’s club has become a queer-friendly hub of the local community. They have a variety of performers: think outrageous cabaret and diva drag queens, with events that platform marginalised genders and identities. Quite a radical evolution from its beginning as a working class men’s members’ hangout.

BEST FOR: A SUMMER EVENING TO APPRECIATE THE VIEWS

In the site of a disused medical factory, Oval Space overlooks a decommissioned gas works. Along with its sister venue and next door neighbour, Pickle Factory (funnily enough located in an old Pickle factory), the two spaces have become iconic East London night out locations. As well as weekly DJs, which have previously included the likes of Peggy Gou and Floating points, the two warehouse venues have also hosted TED talks, the London Craft Beer festival and charity jumble sales.

BEST FOR: GOING WITH THE LADS AND LASSES FOR A MESSY NIGHT

Walking down Hackney Road, it is very easy to walk straight past the narrow Sebright Passage which leads to the Sebright Arms, but it is not a venue to be missed. The exterior of this pub, a typical, unassuming pub front, does nothing to allude to the history of live entertainment of the last decades. From punk in the 70s, disco in the 80s, cabaret in the 90s, Sebright’s little downstairs room has seen it all. It champions craft beers from local breweries on rotation, such as Hackney Brewery, London Fields or Redchurch, all very decently priced.

BEST FOR: ADVENTURERS WANTING TO DISCOVER THE NEXT UNDERGROUND CRAZE

Space 289 is a unique venue under Bethnal Green’s railway arches, which a lot of people don’t know about, as it only properly opened last year. It tried to open in 2019, but Covid got in the way of it fully establishing itself as a go-to in Bethnal Green. Their aim was to establish an inclusive space that reflects the growing diversity of the music scene. With only a 220 person capacity, this is one for those who love a good boogie on the nightclub dance floor, without feeling packed in like a little sweaty sardine.

BEST FOR: PARTYING FROM THE COMFORT OF YOUR LIVING ROOM

Ninety One Living Room is a jazz club on Brick Lane located in the old Truman Brewery. As it says in the name, the venue was designed with the laid back atmosphere of an idealistic home in mind: a workspace during the day, a dining room in the evening, and then, the lights are dimmed, the tables cleared, and a party with live music starts into the night.

BEST FOR: GETTING YOUR GROOVE ON TO SOME DISCO TUNES

Facing Ninety One Living Room, 93 Feet East is another venue in the Truman Brewery on Brick Lane. Over the years they’ve been lucky to have had some huge names play there, such as Radiohead, the Kaiser Chiefs and Bombay Bicycle Club. 93 Feet East has been there since 1999, so is a much more established creative space than some of its fresh faced Shoreditch neighbours.

The Star of Bethnal Green

BEST FOR: DARING DIVAS READY TO SHOW OFF THEIR KARAOKE SKILLS

On the corner of Rushmead and Bethnal Green Road, sits the Star of Bethnal Green. This disco boozer is part of the Electric Star Pub empire, alongside the likes of the Lord Napier in Hackney Wick. The Star of Bethnal Green was the first in Rob Star’s collection, opening in 2008. Aside from hosting drag bingo, themed brunches and drinks tasting, they also have had some excellent DJs play at this local pub. Big names to have graced the stage include the likes of Laura Marling, Metronomy and Cage the Elephant and also, Idris Elba, who apparently is an excellent DJ as well as actor.

BEST FOR: SITTING BACK AND RELAXING WHILST YOUR SOUL SOAKS UP THE MELODIES

Situated on the green, St John doubles up as both a grand, early 19th century Church and a live music venue. This unorthodox setting for tipsy gig attendees, has previously held many different types of music events. The acoustics can cope with indie solo artists to electronically amplified orchestras.

BEST FOR: GETTING KNOCKED OUT BY POITIN

Originally opened as the Sun Inn in 1851, this convivial pub has become a stalwart for both Bethnal Greeners and Shoreditchers alike. As well as for its microbrewery beers, the Sun Tavern has become known for its music. You can catch some upbeat jazz or local musicians on Sunday and Mondays, or listen to their resident DJs Thursday to Saturday nights. Their specialty alcohol is a type of Irish moonshine called Poitín, which was only legalised in 1997.

BEST FOR: A CLASSY EVENING CATCHING UP WITH OLD FRIENDS

At 423 Bethnal Green Road there is a little French bar called Coupette. As well as serving innovative cocktails made with specialist French spirits, Monday through Thursday they have live music, against the backdrop of a brick-walled and steamy-windowed bar. Not all cocktails are to everyone’s taste: for example they have a parmesan inspired one, made from parmigiano liqueur…

If you enjoyed reading this, you might like to read about the best things to do in Bethnal Green.