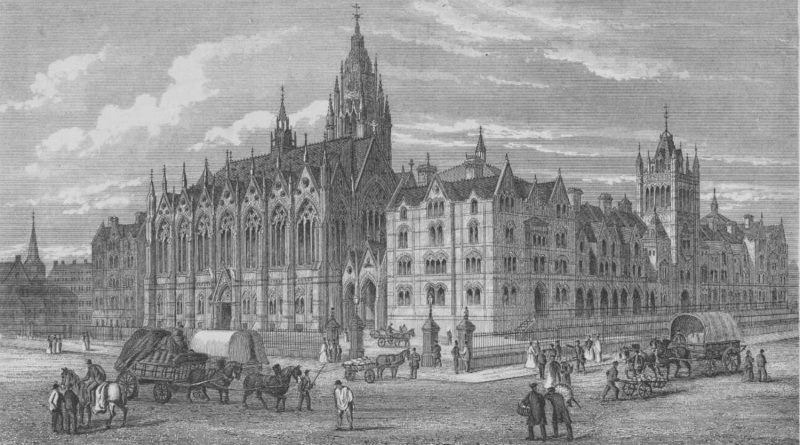 Columbia Road Flower Market has evolved from its murky Victorian past into one of London’s most popular destinations.

Many Londoners might be familiar with the Sunday ritual of visiting Columbia Road Flower Market: arrive in a flock of eager plant shoppers. Meander past shops with uniform shutters painted in an assortment of Farrow & Ball colours. Stuff your arms full of dried flower bouquets and potted succulents, all whilst balancing a coffee from Hermanos in your hand.

Walking down the flower market today, packed with people from across the city, it’s strange to think how it’s only achieved renown in recent years. Surprisingly, previous markets on Columbia Road haven’t always enjoyed such success.

Before British philanthropist Angela Burdett-Coutts pumped money into regenerating the area, Columbia Road was a poverty-ridden slum. It was riddled with disease and malnutrition, much like the rest of Bethnal Green at the time.

Influenced by the suggestion of her friend Charles Dickens, Burdett-Coutts’ wanted to begin a redevelopment project in the East End which would provide jobs and houses to locals, as well as create a place where East Enders could afford to buy nutritious produce. As a result, she established the covered food hall, Columbia Market, in 1869.

The market hall was built on an area known as Nova Scotia Gardens – which nowadays is home to the apartment blocks Sivill House and Old Market Square, located in between the nursery school and Ravenscroft Park.

An impressive cathedral-like structure, designed by architect Henry Darbishire, Columbia Market hosted 400 stalls and had flats for the traders to live up above the market hall. Around the same time, a run of Victorian shops were built in order to provide for the nearby Jesus Hospital estate. These shops are the same ones which still exist today – Columbia Road has fought the wrath of chain retailers and remains one of few streets in the country composed entirely of independent businesses.

Burdett-Coutts inherited her fortune from her grandfather, founder of banking house Coutts & Co. Following the death of her step grandmother, 23-year-old Burdett-Coutts became England’s richest woman after receiving £1.8 million in inheritance – the equivalent to around £170 million in today’s money. She carried out numerous development projects in the poverty-stricken East London, such as opening ragged schools and social housing.

Sadly, despite Burdett-Coutt’s well-intentioned plans, Columbia Market was not destined for success. After being unpopular as a general produce market, Burdett-Coutt’s husband William planned to build a railway inland to deliver fish to the market, after building a large fishing fleet in the North Sea. After a year of unsuccessful attempts to convert it into the Billingsgate Fish Market of the East End, it closed in 1886. Ultimately it failed as it simply couldn’t compete with other well-established markets in London.

Moreover, traders also generally preferred to trade in the traditional way outside, rather than inside a covered hall. Thus selling had started to move out onto the cobbled streets of Columbia Road; it became a Saturday trading market initially, but was moved to Sunday in order to accommodate the needs of local Jewish traders. To move it required an Act of Parliament, as trading on Sundays was against the law at this time. Having the market on Sunday also meant that traders who had left over stock left over from the Saturday markets at Covent Garden and Spitalfields could sell it at Columbia Road the next day.

It is said that it was the Huguenot immigrants who introduced the selling of cut flowers to the street market, laying the foundations of the modern Columbia Road Flower Market that you can visit today.

New rules were introduced for traders at Columbia Road Flower Market in the 1960s, which made it mandatory for them to attend regularly to sell their produce. This, alongside the increased enjoyment of television gardening programmes, such as the BBC show Gardeners’ World, prompted a massive surge in the popularity of the market.

Today, the flower market remains popular. During the pandemic, queues stretched far down into Shoreditch, as people desperately sought to brighten up their lockdown homes.

The flower market is open every Sunday from 8am until roughly 3pm. Whilst it’s good to get there early to get the best of the bunch, if you happen to arrive towards the end, you might be able to swipe some bargains as the sellers flog their remaining stock.

If you liked this, you may also enjoy reading: https://bethnalgreenlondon.co.uk/spitalfields-city-farm/.